Microsoft teams up with Taiwan compaines, bursting into IoT 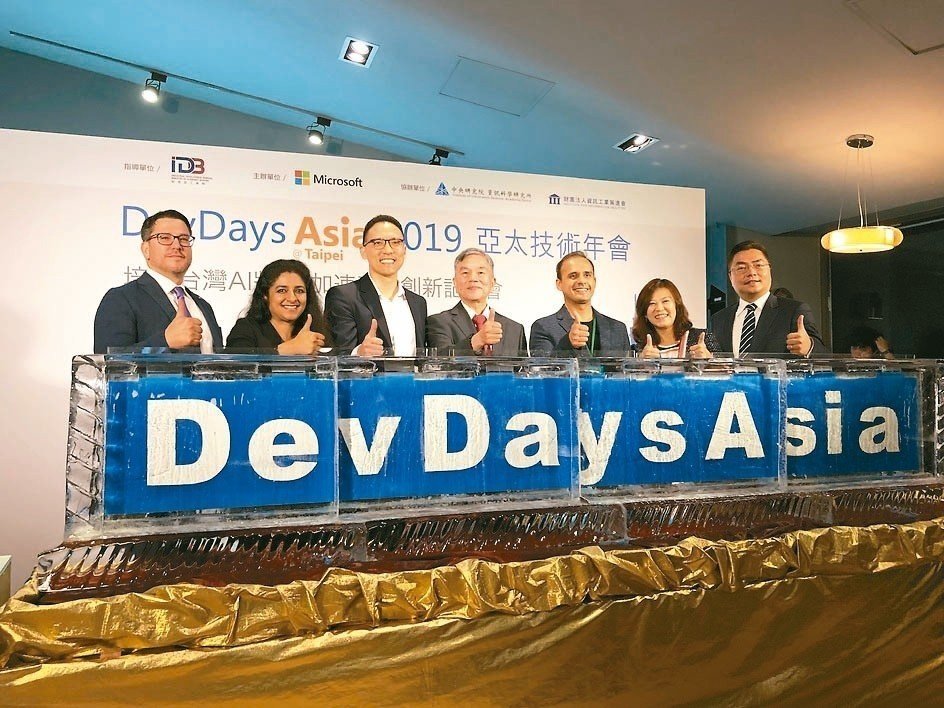 Microsoft DevDays Asia 2019 is held in Taiwan. General Manager of Microsoft Taiwan Sun, Ke-kang, (third from left ) and the Minister of Economic Affairs Shen Jong-chin (fourth from left) photo provided by Xiao Junhui
Taiwan's Microsoft announced that it launched the latest Azure IoT PnP on May 21st. In the first wave of 17 cooperative business, Taiwan's companies comprised 7 seats. Microsoft is actively transforming, setting up Microsoft Azure, assisting Taiwanese companies transforming together, and seizing the business opportunity in the global lot.

Sun, Ke-kang, general manager of Microsoft in Taiwan said that Azure IoT PnP, which is exclusive Plug and Play technique in Microsoft allows the developers to connect IoT device to the cloud without writing the embedded code.

Sun said, due to the fact that many cooperative businesses are from Taiwan, it indicates that enterprises in Taiwan are keen to transform from hardware production to connecting with the international cloud, entering Iot field. Microsoft will aid Taiwanese companies to execute industrial transformation and grip IoT business opportunity.