Nat'l Development Fund to Buy 25% of CIGS Maker PV Next

PV Next recently carried out a capital increase by selling shares at a premium of NT$25 (US$0.77). The TNDF bought 20 million shares for NT$500 million (US$15.4 million at US$1: NT$32.5), showing the fund's confirmation of PV Next's self-development achievement.

With backing from the government fund, Ritek claimed its solar-cell business development is expected to go farther and smoother. PV Next hopes to go public in Taiwan or overseas in three years, according to industry insiders.

With self-developed technology and existing equipment (Ritek's machines for making optical discs), PV Next has relatively-lower capital spending. In addition, the firm's core sputtering technology and the organic light-emit diode (OLED) technology of affiliated RiTdisplay Corp. are gradually making up comprehensive capability in solar-cell manufacturing in the Ritek Group.

PV Next is a joint venture between Ritek and Netherlands-based Scheuten, a leading solar-cell company in Europe. Industry sources said that PV Next is the first investment target for the TNDF since the Taiwan government announced to support the green-energy industry in April, with the investment in PV Next being the largest single investment in an enterprise in recent years. 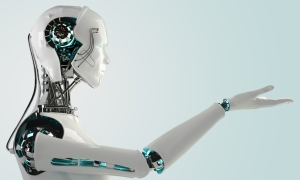 Robots at the Frontline of Age Care

Low birth rates and population aging are changing the demographic profile around the world. At the G20 Summit in Fukuoka for Finance Ministers and Central bank Governors in June 2019, population aging was for the first time classified as a global risk. Policymakers around the world were urged to tackle the relevant economic issues before the problems materialize. Many countries will be faced ...