The Beijing government confirmed in July that it would raise the consumption tax on transportation vehicles that emit excessive pollution, a new measure in line with its energy-saving policy.

Meanwhile, the government is drafting another tax package to offer favorable consumption tax to cars with higher fuel efficiency.

The Beijing authorities may reportedly raise the tax rate on engines bigger than 3000 c.c., possibly doubling or more such taxation.

The European Union Committee in March approved the French Renault Group to acquire a major stake in the Russian automaker for US$1.17 billion.

The committee decided on the approval after investigating possibilities of monopoly, discovering that the acquisition wouldn't monopolize the European market.

In February, Renault Group reached an agreement with the Russian AvtoVAZ Company to acquire a 25-% stake in the latter for US$1.17 billion, for which the down payment is US$1 billion, with the whole acquisition to be completed by 2010.

The acquisition would enable Renault to restore AvtoVAZ's position in the Russian market, and expand their market share in Russia, which has replaced Germany as the largest auto market in Europe. Their cross-border partnership will help double AvtoVAZ's annual production from the current 1.5 million units to three million by 2014.

AvtoVAZ, the largest automaker in Russia, has been suffering shrinking market share over the past few years due to severe competition from newcomers. The partnership will see Renault remain to help promote AvtoVAZ's Lada, a make that is familiar with most Russian drivers.

According to the European Bank for Reconstruction and Development (EBRD), the Russian auto market grew 14% in 2007, and has great potential for further growth. Currently, every 1000 Russians own 157 cars.

Indian mass media report that imports of China-made auto parts have been growing rapidly over the past two years, threatening Indian auto parts makers. To reduce such imports, the Indian government is considering applying protectionist measures.
Reports are that Indian automakers significantly increased purchasing China-made auto parts when faced with soaring raw material prices and rising inflationary pressure at home, with some having even set up procurement offices in China for long-term business. 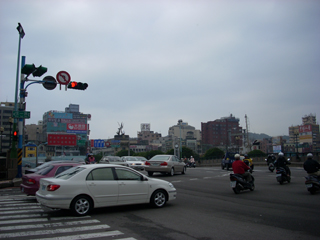 Challenged by Chinese counterparts, most Indian auto parts makers cannot afford to match such low prices fully as well as struggle with the hardship associated with soaring raw material prices. Take auto glass suppliers for example: Their raw material costs rose 50% over the past two years, but they could raise prices by only 10% and absorb most of the increase in material cost.

A survey of 33 Indian auto parts producers shows 19% drop in profits during the first quarter of this year, with profits predicted to shrink even faster in the following quarters.

To reduce the government's outlay for fuel subsidies, Indonesia raised the prices of subsidized gasoline by 33% and diesel by 27.9% in July. "The prices would rise on average by 28.7%," said Finance Minister Sri Mulyani Indrawati.

As Asia's top diesel and gasoline importer, Indonesia has been subsidizing drivers to offset the impact on its home car market from skyrocketing international crude oil prices. The subsidies, however, saddle official expenditures amid rising international oil prices; so the government finally decided to raise the fuel prices during the second quarter of this year to reduce its outlay.

"The gasoline price will be raised to 6,000 rupiah (US$0.64) per litre and diesel raised to 5,500 rupiah," Energy Minister Purnomo Yusgiantoro told a parliamentary commission in May. Prior to the adjustment, the gasoline price is 4,500 rupiah a litre and diesel 4,300 rupiah a litre. The government has budgeted 126.8 trillion rupiah (US$13.6 billion) for fuel subsidies this year, or about 13% of total government spending of 989.5 trillion rupiah.

The hike in Indonesian fuel prices are likely to impact the country's leading car distributors: Indomobil Sukses International, agent for Nissans, Suzukis, Hinos, Volvos and Audis, claims to have been slightly affected by such price hikes. Whereas smaller auto dealers would expect harsher impact on business as higher fuel prices would definitely compromise willingness to buy new cars.

The Filipino government, to increase tax revenues, plans to reduce the number of industries entitled to preferential taxation, with the vehicle assembly sector reported to suffer under such tax adjustment plan.

In late 2007 the Filipino government started considering cutting preferential tax for industries, with the Board of Investment (BOI) having discussed with the Chamber of Automotive Manufacturers of the Philippines (CAMPI) to reach consensus.

Under the proposed "2008 Investment Priorities Plan" (IPP), the BOI plans to reduce the number of industrial sectors entitled to favorable taxation from 11 to six. One sector to be removed from the preferential taxation list is vehicle assembly, which aroused concern of CAMPI due to the already feeble auto industry in the country.

In addition, Filipino automotive parts makers are asking for more government support such as the incentives given by the governments of their ASEAN counterparts.

Showing determination to back its energy-saving and CO2-reduction policies, the Taiwan Cabinet in July announced its plan to boost production of electric bikes-aiming for an annual output of 100,000 bikes within four years.

To meet such goal, Taiwan will complete a set of testing standards for electric bikes by the end of September, marking the first of its kind in the world. And to encourage purchasing electric bikes, the government proposes to subsidize each electric bike sold in the country NT$15,000.

Supporting the official policy, SYM Motor, a major motorcycle maker in Taiwan, proposes a three-year plan to produce 6,000 electric bikes in the first year, double that in the second year, and double it again to 24,000 units in the third year.

KYMCO, Taiwan's other top-ranking motorcycle producer, will launch an electric bicycle in October, and debut a light-duty electric bike next March.

The Thailand Automotive Institute (TAI) signed a memorandum of understanding (MOU) with the Automotive Research and Testing Center (ARTC) in March for cooperation in technology development, standards-setting, product testing, industrial polices, and other auto-related issues.

"The cross-border project will help Taiwan to explore the Southeast Asian market where the auto market has been growing rapidly over the past few years," said ARTC President L.C. Huang. He estimated that the Association of the Southeast Asian Nations (ASEAN) turned out a total of 2.1 million vehicles in 2007, compared to 2.3 million units in India.

Thailand is the largest among ASEAN markets with annual car sales of 1.3 million in 2007. As the third-largest imported auto parts supplier in Taiwan and the 12th largest export market for Taiwan-made automobiles, Thailand has close industrial links with Taiwan.

2019 K Show, the leading global trade fair for the plastics and rubber industry, had been held in Düsseldorf on 16-23 October, 2019. There were 3,330 exhibitors from 63 nations proved impressively: plastics continue to be an innovative, indispensable material. But they also unanimously underscored the necessity of having operational circular economies along the complete material chain and to this...