The mainland China's No.1 chipmaker is another heavyweight to phase out memory chip making after Elpida Memory and Qimonda. SMIC accounts for only around 1.5-2% of global output of such chips, with monthly output of 30,000-40,000 300mm equivalent of wafers.

Continually falling DRAM prices have caused huge loss for big players last quarter, with such loss, according to industry watchers, mainly caused by oversupply mostly triggered by slower-than-expected demand for Vista SP1, the upgraded version of the latest Microsoft OS for PCs, and competing bit growth of the memory chips.

SMIC has been contracted to make standard DRAM chips for Elpida and Qimonda. In fourth quarter last year alone, DRAM business accounted for 23.6% of its revenue, while its chip sales totaled US$93 million.

Industry watchers estimate that SMIC's exit to help bolster DRAM prices from further slumping without likely causing a market rally immediately; because its dropout only reduces a supply of 70 million 512Mb equivalent of chips in the market.

Industry watchers say that the mainland Chinese chipmaker will likely turn a profit in the second half this year by scrapping the money-losing business.

SMIC is reportedly switching to NAND flash memory production from DRAM and has informed chip-making equipment suppliers and customers of its new direction.

Taiwanese DRAM chipmakers see SMIC's exit as indicative of the bottoming out of the market and will begin to rebound when inventory backlogs drop to barely four weeks from six weeks.

Taiwanese DRAM chipmakers PowerChip Semiconductor Corp. (PSC) and Nanya Technology Corp. have announced their decisions to hike contract price of their chips for delivery next month by 10-20% as SMIC departs.

Industry watchers believes that the timing of SMIC's exit is good due to its production of logic chips has reached economies of scale, as have other fabless houses in China who have ramped up operation to considerable size; while SMIC will become the primary beneficiary of China's new regulations to boost its chip-making industry. 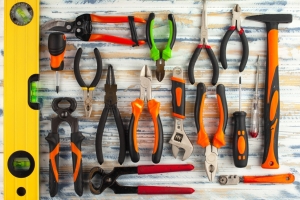 Popular biz networking events and seminars an optimistic prelude to 2023

As 2022 draws to a close, industries are ramping up to re-engage with international buyers and suppliers. In the manufacturing industry, for instance, seminars sharing digital transformation experiences and solutions, as well as trade networking events, were popular gatherings at the year-end to help companies to prepare for 2023. According to an Economic Daily News article, at a metal process...

TECO, a major electric motor manufacturer, offered future estimates that the performance of the electric vehicle power system will increase by 30% annually today. However, TECO believes the performance of the electromechanical system will fall flat next year, with smart energy expected to grow significantly and smart life solutions expected to rise steadily. TECO also revealed plans that the new ...

Chung-Hua Institution Economic Research (CIER) released the latest manufacturing Purchasing Managers Index (PMI) for October earlier this week, showcasing a slight uptick in growth. After seasonal adjustment, while the previous PMI contracted for four consecutive months, the index edged up by 0.5 percentage points to 45.4% for October as a brief respite. The future outlook looks to be less op...

As the Automotive Aftermarket Products Expo (AAPEX) opened on Nov. 1 and sought to move beyond the impacts brought on by the COVID-19 pandemic, the show saw around 1,400 exhibitors using a total of 2,500 booths and traveling from all over the world to attend, making it one of the largest professional trade shows to open this year. Economic Daily News and the media group’s business division CEN... 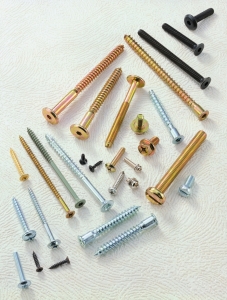 Ray Fu was founded in 2000 to market steel wires and fastener products to the global market as a professional manufacturer and exporter. The company's production capability comes from its parent company, Chen Nan (founded in 1992), which has facilities ranging from wire processing plants, fastener factories, heat treatment factories, and packaging plants. Ray Fu is currently a significant MIT, fa...

As central Taiwan's biggest electric wire producer, Chung Kwang Electric Wire and Cable has been in business for over 43 years, specializing in developing and making various electric wires and cables. Having seen the writing on the wall in recent years by anticipating the rise of the electric vehicle market, Chung Kwang decided to invest in developing EV charging guns and connectors. In 2013, ...

Dubai, UAE: The GCC automotive aftermarket is on the cusp of seismic change, and Automechanika Dubai 2022 is perfectly placed to allow the industry access to the resulting opportunities and provide a platform to discuss the challenges. In particular, disruptions in the global supply chain caused by the COVID-19 pandemic has driven rising demand for locally produced products. In a report produc...

Panama City, Panama— October 12, 2022 — Latin America’s #1 tire and auto parts exhibition the Latin Tyre & Auto Parts Expo is returning once again next year to Panama next June 14-16, 2023. “After a hiatus due to Covid-19 the show is finally back and is being held in the brand-new Panama Convention Center,” Gustavo Lima, CEO of the Latin Expo Group. “It’s double the size of the size of the las...

As the Automotive Aftermarket Products Expo (AAPEX) opened on Nov. 1 and sought to move beyond the impacts brought on by the COVID-19 pandemic, the show saw around 1,400 exhibitors using a total of 2,500 booths and traveling from all over the world to attend, making it one of the largest professional trade shows to open this year. Economic Daily News and the media group’s business division CEN...